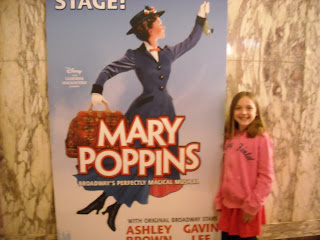 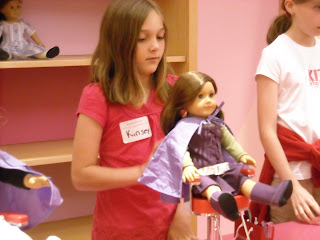 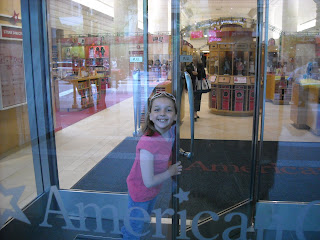 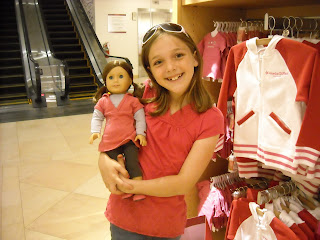 When I travel, there are few places that I truly feel at home. Chicago is one of those places.

Recently, my daughter and I went on a Father/Daughter Trip to the Windy City. We took advantage of low airfare on Southwest Airlines and good hotel rates from Priceline. Because we flew out of Nashville, our flight time was under an hour and a half.

It was a special trip for my daughter, Kinsey. She got to experience so many things for the first time. The first morning of our trip, she rode in a limousine, flew on an airplane, rode in a taxi, traveled on the subway, and got to ride a public transportation bus. That was all before lunch!


Our first day was dedicated to her. As soon as we checked into our hotel, we put our things away and prepared for the most important stop of all - The American Girl Store.

Located next to the John Hancock Building, The American Girl Store was easy to find. As soon as we arrived, we knew we were in for a treat. The store was two stories of nothing but dolls - a little girl's paradise! Kinsey made her way to the Just Like You section and carefully selected doll #23. The doll literally looked like her - the hair, the freckles, the smile. Once she selected her doll, Kinsey picked out a couple of outfits.

Next stop was the Afternoon Tea Party. We took her new doll, Kristy for a tea party in which the doll got a special place at the table. There was a fashion show for entertainment and special delicacies fit only for a princess to eat. Kinsey loved it and commented the remaining time on our trip that the tea party was her favorite part of the trip!

After the tea party, Kinsey participated in a class in the Hair Salon. During the class, Kinsey learned how to take care of her doll's hair. She also learned some complicated braiding techniques and how to change the hairstyle on her personal doll.

Later that evening, we ate supper at Harry Caray's Steakhouse. The food was incredible and Kinsey got her picture made with the "Holy Cow."

On our second day, we visited the Navy Pier. There, we rode the ferris wheel. What a view! Later, we took the red line subway to Wrigley Field. We saw the Chicago Cubs v. Los Angeles Dodgers. The day began a perfect 72 degrees, but by the second inning, the temperature dropped to about 50 degrees. Kinsey was freezing, so I begrudingly forked over $40 for a pink Wrigley Field sweatshirt for her to wear.

Later that night, we took the train to Chinatown. We ate at an authentic Chinese diner and then shopped in the local stores. After dinner, we went to see Mary Poppins at the Cadillac Theater. The show was INCREDIBLE. The stage set, the acting, the choreography, everything about it was perfect. To me, it was the highlight of the trip!

1. If you fly in to Midway, you can take the Orange Line subway to downtown. Make sure to purchase about $20 worth of credits for each person on the CTA transit cards. These cards are good for both subway and bus transit.

2. If you're visiting the American Girl Store for the first time, call - Keniesha Jackson, Clientele Specialist for American Girl, to schedule a personal appointment (312) 288-2834. She'll make all arrangements for you and be your personal guide. This will be a nice added touch to make your daughter's experience more memorable.

3. Prepare for changes in weather. I've been to Chicago during the first weeks of June twice now. Both times, the weather changed quickly from the mid 70's to the mid 50's. Chicago is known as the "Windy City." Make sure to pack a light jacket.

4. If you're going to a Cubs game, you can usually find tix just outside the gate for face value. Don't waste your time buying tix on Ebay unless you get a really good deal.

5. Southwest Airlines often runs promotional fares for $49 each way to Chicago from Nashville. Also, use Priceline.com to book your hotel. I've always gotten a 4 star hotel for under $100 a night.
Posted by Rodney McCarthy at 4:04 PM 1 comment: